As august is coming to an end, Black Bear Basement deliver the right sounds to carry the warmth of the summer just a little bit further: The Jazz/Hip Hop-band is set to release their EP “Gassi” as vinyl via Dezi-Belle Records on the 1st of September 2019.
Black Bear Basement consists of four instrumentalists from Germany, who first met as friends. They connected through, of course, their love of music, though above all because of their shared urge to fuse the drive of Hip Hop-beats with the musical liberty of Jazz. This motivation can be felt especially when Black Bear Basement are performing live – the crowd gets moved with saxophone, vibraphone and keys, but also with turntables and any room gets filled with the atmosphere of a comfortably furnished basement, no matter the location. The crew tends to improvise more than clinging to fixed song structures while doing so; exactly that is, what makes the essence of the band, which formed in 2015.
It’s that mood either, which dominated the first physical release of the band in 2018, “Beyond Traits”. The vinyl of the record sold out in every edition and got perceived very well, while being a mere instrumental album. Now, the „Gassi“-EP comes along with the first vocal feature on a Black Bear Basement-project, namely with support of singer DALEE. The producer plusma from Hamburg didn’t want to miss his chance of assisting the band on the track “Posse” as well. Nevertheless, Black Bear Basement are proving their own stylishness on an instrumental level again, particularly in the finale of “Gassi”. On the fourth track of the EP, Ciaras “1, 2 Step” gets arrayed in a garment of smooth Slow Jazz, which provides the singers hit with a completely new, but nonetheless pleasant vibe. It’s like Ciara is sitting in a dimly lit bar in Berlin, accompanied by four guys – the talent of creating such an atmosphere is what unites Black Bear Basement and what makes the “Gassi”-EP the preliminary climax of its expression. 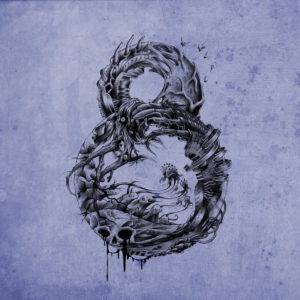